Why You Should Use OEM Replacement Parts

Why You Should Use OEM Replacement Parts 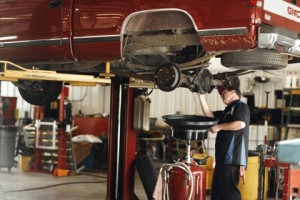 Many vehicle owners today are looking for cheapest possible way to repair their vehicles. They want to spend as little as possible when fixing issues, which means that they’ll invest in low-quality aftermarket parts. These OEM replacement parts often lower the strength and reliability of the vehicle, and in many instances they cost the owner more than an OEM part would.

Aftermarket parts seem like a good deal because they are often much more affordable than OEM replacement parts are. Unfortunately, they are lower priced because they are made of inferior materials. Weaker metals, thinner construction, and softer hardware is employed when building the parts. Sure you’ll spend less money up front making these repairs, but you’ll likely regret it later if you’ll have that vehicle for a while.

Since most aftermarket parts are made with inferior materials or they feature a thinner or weaker structure, they tend to fail faster than an OEM part would have. That means that you’ll be paying to replace the part sooner than you would when buying an OEM replacement part. If you plan on having your vehicle for many years, you’ll likely spend more on low quality parts than you ever would on the high quality stuff that is going to last far longer.

Another downside to aftermarket replacement parts is that they do not always fit the vehicle they are made for perfectly. There are often manufacturer defects that make the parts hard to mount and more difficult to install overall. If you are taking on the task on your own, you could end up struggling and spending much more time trying to get the part installed when you rely on a low-quality aftermarket item. If you go with an original part it will fit perfectly and will generally be simpler to install.

While aftermarket parts seem like a good way to save money on vehicle repairs, they are rarely a good investment. You’ll be throwing money out the window for parts that won’t fit as well, and will likely fail sooner too. This is why OEM replacement parts come highly recommended. Make your appointment with the Auto Clinic of Franklin today!